for its investment in LightWare LiDAR

The inaugural SAVCA Conference Awards in March this year set out to acknowledge excellence, dedication and innovation. Among the winners of the year’s private equity deals, they also showcase an ethos of doing good while doing well.

This has long been the rallying cry of Sanari Capital, winner of the SAVCA Small and Medium Deal of the Year with its R25m investment in LightWare, a Gauteng company that has quickly established itself as a global leader in designing and manufacturing the world’s smallest and lightest precision LiDAR (light detection and ranging) sensors for use in drones, robots, autonomous vehicles, smart cities, etc. Effectively their products give eyes to machines.

Samantha Pokroy, Founder & CEO of Sanari Capital, says they were initially attracted to the business because LiDAR is an undeniably high growth industry that taps into several megatrends already evident before Covid, but which were further accelerated and adopted due to the pandemic. Woodside Capital Partners profiled LightWare as one of the leading companies globally to prosper amidst the pandemic.

“That aside, one sentence in the company’s mission statement that really captured our attention read, ‘We would like to see our technology used to benefit humanity in a peaceful way’. Working with them has shown us that this is a genuine part of their ethos, and we like the fact that it supports our ethos of doing good while doing well.”

Pokroy adds that LightWare is an example of emerging opportunities to expand African tech on a global platform. “It is a compelling way to deliver attractive globally competitive investment returns while creating new jobs and skills in South Africa,” she says.

Sanlam Investments, the winner of the SAVCA Large Deal of the Year, is a keen impact investor. This win was Sanlam Investments’ first equity investment as South Africa’s largest majority black-owned fund manager. The fund’s investment of R200m+ into the Cavalier Group, one of the country’s largest suppliers of processed and packaged AAA grade red meat, is a significant statement of intent to be a transformative force.

The transaction has enabled the Cavalier Group to implement a formal transformation, social and empowerment agenda and moved its B-BBEE contribution from Level 5 to Level 1.

Todd Micklethwaite, Head of Strategy & Impact for Sanlam Investments, says that as the largest employer of people from the townships east of Pretoria, Cavalier has a vital role in the region.

“Cavalier employs more than 1,400, but the actual number of economically active people in the area is only 14%,” he says. “That’s a tragic statistic. With our investment, the company is now able to tap into its strong diversification and growth potential, which will create more employment opportunities.”

Micklethwaite says that Cavalier will benefit from significant regional and export growth prospects, and he expects solid returns for shareholders. “This is undeniably important, not least because it makes the company sustainable, but what matters just as much is that our investment will help to bring much-needed transformation to a largely untransformed sector in an area that needs it.”

Pembani Remgro Infrastructure Fund (PRIF), winner of the Exit of the Year award, is another case of the positive social impact the private equity industry has on South African society.

In 2016 PRIF acquired an interest in Octotel alongside Caxton and CTP Publishers and Printers (CTP), plus the company’s founders, Rob Gilmour and Mark Slingsby. At the time, the company had just signed up its first fibre-to-the-home (FTTH) subscribers. Although it operates only in the Western Cape, Octotel quickly became one of South Africa’s largest FTTH network providers.

Michael Jacobs, Investment Manager of Pembani Remgro, says, “Their network footprint grew to more than 175,000 premises connecting more than 50,000 customers. In the process, they created many skilled, permanent and sustainable jobs. But their impact was felt far beyond themselves as their growth facilitated secondary employment opportunities in the areas where they constructed their network.”

In late 2020, PRIF and CTP fully exited their positions in Octotel when Actis acquired a controlling stake in the company, valued then at R2.3b.

Says Jacobs, “Covid created a difficult operating and transactional environment in 2020, yet this exit went ahead. I think that says a lot about the ability of private equity to deliver value, even during trying economic times.”

These inaugural SAVCA Conference Awards show that there are thriving businesses in South Africa that offer investment opportunities for the private equity sector despite the challenging economic climate. It’s equally important to know that the industry can do good while doing well. <ends>

With over R500 billion in assets under management across our retail and institutional businesses, Sanlam Investments is one of South Africa’s largest asset management companies. We leverage areas of competitive advantage to develop and grow high-quality investment solutions that are differentiated but relevant within a changing asset management landscape. In doing so, we remain responsive to our clients’ needs.

At the heart of our purpose is our journey towards ensuring long-term sustainability for local and international investors and future generations through investments, with a purpose that has evolved well beyond just wealth creation.

ABOUT THE PEMBANI REMGRO INFRASTRUCTURE FUND

The Pembani Remgro Infrastructure Fund is a joint initiative established by Remgro, Phuthuma Nhleko and the investment team, based in Johannesburg. The strategy of the fund is to invest equity and quasi-equity in the full spectrum of infrastructure opportunities on the African continent, with a focus on sub-Saharan Africa. This includes investments in greenfield transactions; brownfield and secondary transactions; as well as logistics and engineering services companies operating within the infrastructure sector.

|Peter Amblianities
We are delighted to announce that Sanari Capital, investment partners to LightWare LiDAR, has won special recognition at this year’s Private Equity Africa (PEA) Awards for its investment in LightWare LiDAR. Sanari took the award for Best Technology Deal in the African market.
Read More 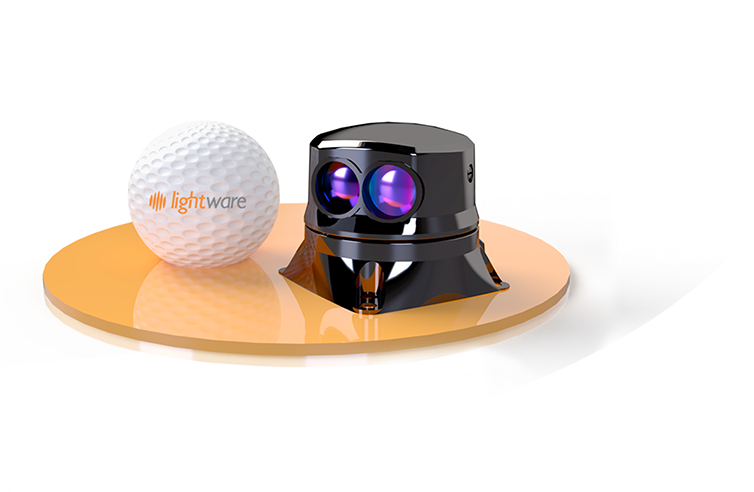 |Philip Constantine
This USA-based company specializes in the design and manufacture of LiDAR sensors for autonomous vehicles and machines. The award-winning SF45 scanning microLiDAR™ weighs just 59g but delivers the performance of much lar...
Read More

|Philip Constantine
Drones and other autonomous vehicles have changed the world with their ability to go where humans can’t. Yet, these machines are vulnerable to accidents that can wipe them and their cargo out instantly because they la...
Read More