Pushing the limits of railway monitoring, tracking and safety 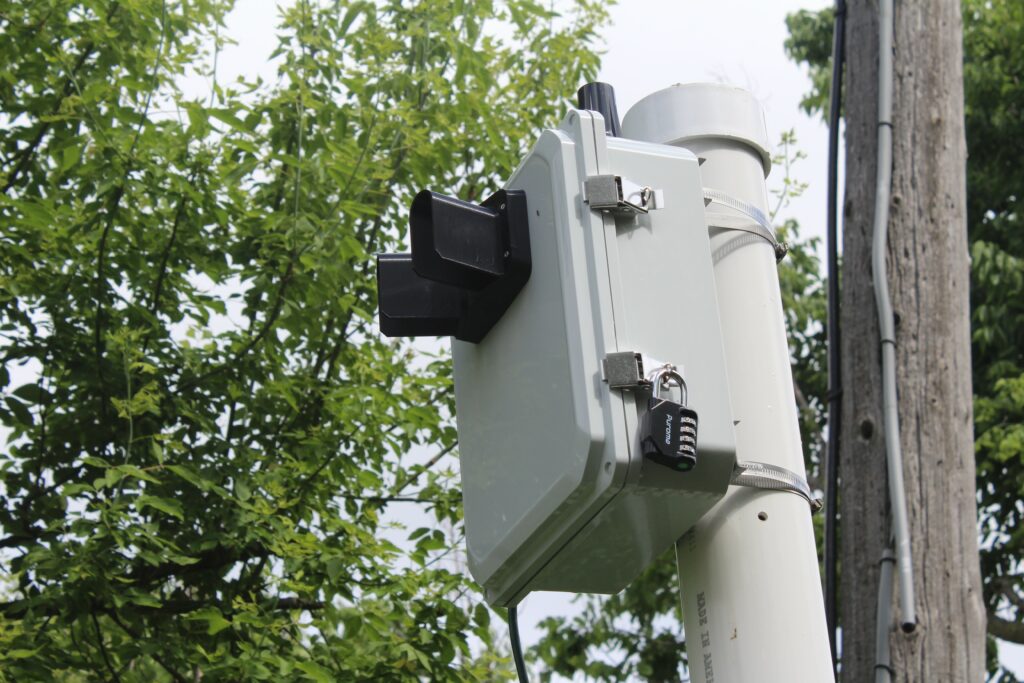 We needed a LiDAR that is very reliable, and has sufficient range to pick up movement across multiple tracks. We also needed a solution that was really easy to use and integrate with our own code. The LightWare SF30/C achieves all of this. 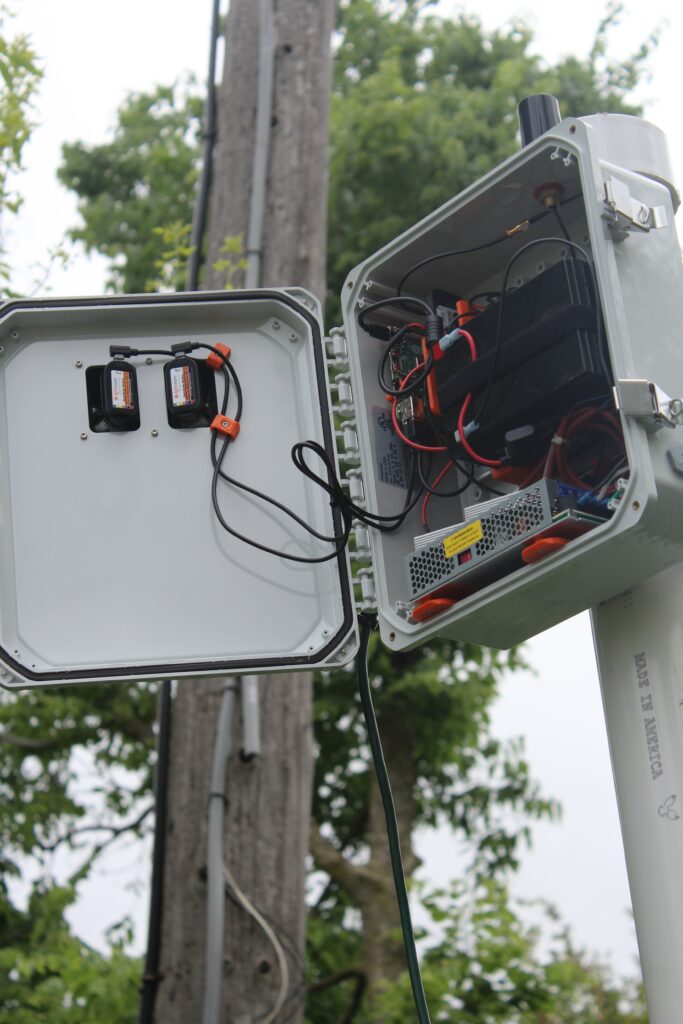 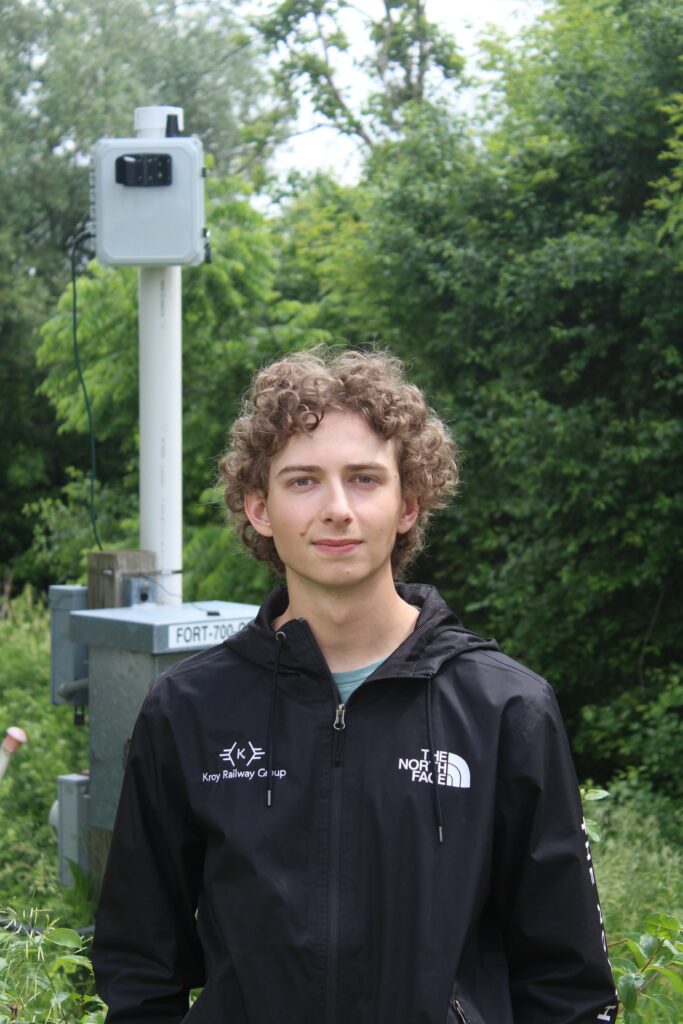 “We started looking at a broad range of different sensors including RADAR, LiDAR, and even cameras. Initially we used cameras for image detection on the tracks but in the end, we found that there was nothing that was quite as accurate as a LiDAR.”

“We use LiDAR as a type of laser triggering system, being able to measure up to 20 000 readings per second with the SF30/C is something that was unmatched with a camera.” – Barry Carta, Co-founder, Kroy Railway Group

In August 2019, York Community High School students, Barry Carta, Connor Polomsky, and Chris Markuson, were tasked with identifying a marketable real-world problem in need of a solution for a school project. Based on their own experiences in their hometown.

They choose to develop a rail traffic monitoring system using LiDAR sensors to monitor train traffic at rail crossings. So began the journey of the Kroy Railway Group and their mission of improving railway safety and improved traffic flow in the greater Chicago area.

York Community High School is located in Elmhurst Illinois, a community intersected by multiple railway lines in a state that has over 9 900 miles (15 932 km) of railroad tracks. The heavy rail traffic caused ongoing commuter issues and was a problem that had no practical solution.

The railway lines also presented a real challenge for first responders such as, fire and rescue, law enforcement, and emergency medical services who needed to get to locations as quickly as possible to save lives; Their efforts were often hampered by the unpredictable nature of the many closed railway crossings during the course of any given day. Understandably, this problem is not limited to Chicago. The United States has thousands of miles of railroad tracks, in fact, the US is home to one of the world’s most expansive and robust freight railway networks in the world. This railway network, comprising a length of over 160 141 mi (257 722 km) is, for the most part, privately owned and managed and as a result doesn’t often cooperate with other companies or local governments. This poses a huge challenge for local communities as freight rail tends to create lots of disruptions.

Interestingly, when the students first began their work on this project, their concern wasn’t with commuter rail crossing safety but rather with the disruption and congestion rail crossings caused with their frequent closure. Through their own experiences as frustrated commuters, the small group of students worried how this impacted people with less time on their hands, like first responders.

After some investigation and research, they discovered that first responders were in fact severely impacted by railway congestion and the situation was in need of a dire solution.

The students wanted to build an independent monitoring solution that would give first responders insights on which railway crossings would be congested thus allowing them to reroute. They came up with a custom-built LiDAR sensor unit that is distributed along specific railroad tracks to monitor when a train passes that section.

Each sensor unit contains two LightWare SF30/C microLiDAR™ sensors that are set up to monitor a specific section of track. These sensor units are stationary and as the train traveling on that specific line of track passes the sensor, the train is scanned and data collected. This data is then processed and sent out to the relevant partners via the Kroy Railway Group proprietary dashboard, Google Maps or via an app. All of which is dependent on the specific requirement of the client in any of the first responder departments that they work with.

The data collected via these LiDAR sensors also include information regarding the speed and the length of the train. With this information in hand, and the use of some clever algorithms, the Kroy Railway Group is able to predict when crossings are going to be blocked or when crossings are likely to be clear.

How is the data collected and processed?

The Kroy Railway Group passively collects the data from the sensors which is then integrated into a third-party application that manages CAD (Computer Aided Dispatch) systems. These CAD systems are typically utilized by first responders and emergency services phone operators to prioritize calls and identify the location of personnel in the field.

They currently have the LiDAR sensors set up at an angle pointing out across the tracks which feed directly into a Raspberry Pi computer. These sensors are constantly sending information to the Raspberry Pi which then processes the data on the fly. So when a train is detected, there is a bunch of code in the back-end that will recognize the SF30/C microLiDAR™ readings and will start churning through the data, calculating both speed, train direction and the length of the train.

This system will then look at where the crossings are ahead of it on the track and process all this information at the edge before sending it to their back-end API. This info is then supplied to the third-party companies they work with, who will then pull information about each crossing whenever it is needed.

This integration with third-party CAD systems will allow real-time railway traffic data to be displayed on the CAD system inside emergency response vehicles. The technology is also being prototyped using dynamic dispatching where the system will show real-time train locations on a map as well as showing responders how to route around congested railway crossings.

While the team at Kroy Railway Group does none of the programming themselves, they chose to partner with a leading drone software and hardware engineering firm called Ascend Engineering, to help with all the complexities of data processing at the edge.

The Kroy Railway Group also has a slightly different sensor that they use to deal with trespasser issues as well as vehicle issues which they hope will prevent incidents where cars are stuck on railway crossings.

However, what they have found is that the majority of driver safety problems come from road users not having sight of railway traffic and the ability to plan alternate routes.

The team is currently working with a number of towns in Illinois, supplying their first responders with railway data and some traffic prediction data. The company’s long-term goal is to expand its services across the USA and its national freight rail networks. They also have their sights set on integrating their data with the likes of Google Maps so that any road user would be able to make use of the data and avoid closed railway crossings.

Kroy Railway Group’s efforts have not gone unnoticed by the broader railway industry either. In 2021, the DRSC (DuPage Railroad Safety Council) awarded the company with the first ever Rail Revolution Grant. The DRSC, is a non-profit organization working to prevent deaths and injuries at railroad crossings and along railways. The goal of the DRSC is to achieve a 50% reduction in the total number of railway-related fatalities in 10 years, a campaign which it kicked off in 2016.

They selected Kroy Railway Group because of their work with predicting blockages at grade crossings and providing more efficient and dynamic routing applications for first responders. To date, the team has made strong connections throughout the industry in a bid to help it deploy its technology to all the towns along the railway network affected by railway congestion. 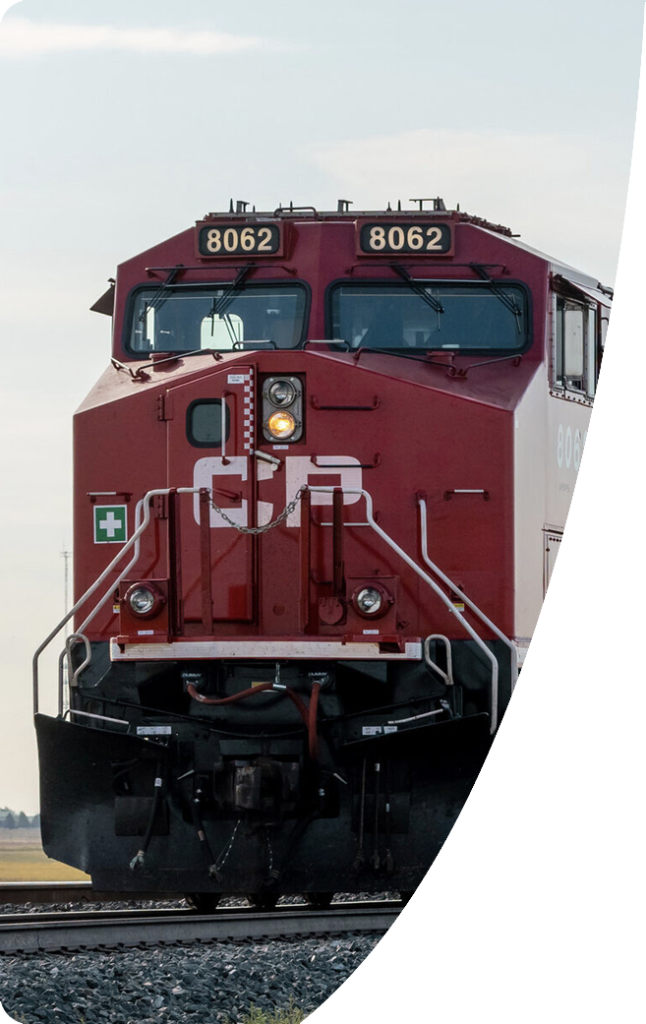 Kroy Railway Group: Pushing the limits of railway monitoring, tracking and safety
"We started looking at a broad range of different sensors including RADAR, LiDAR, and even cameras. Initially we used cameras for image detection on the tracks but in the end, we found that there was nothing that was quite as accurate as a LiDAR". - Barry Carta, Co-founder, Kroy Railway Group
Leanne Fischer 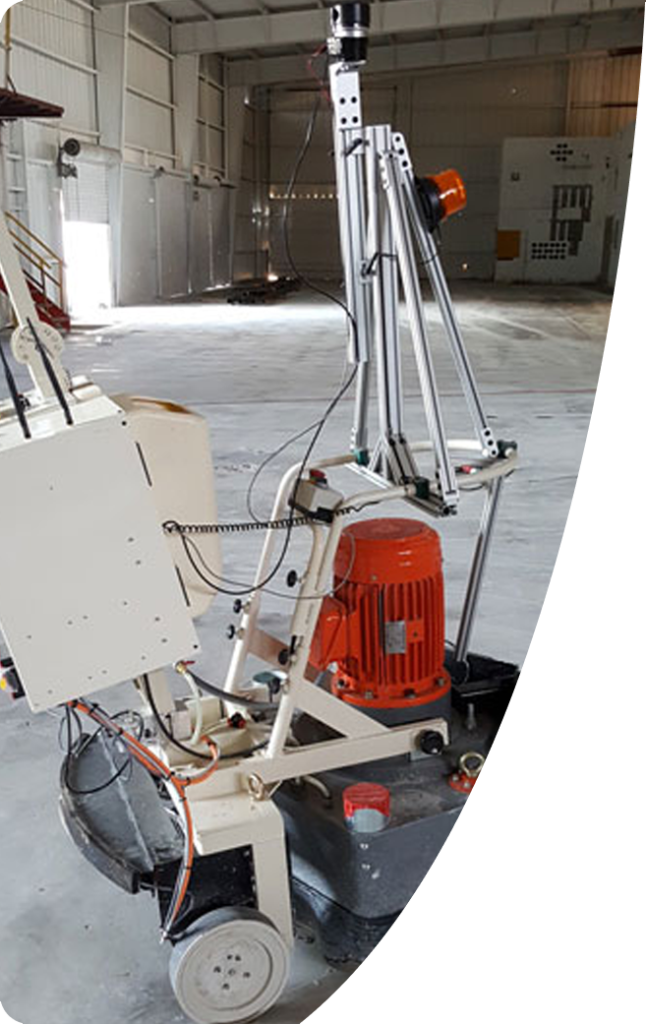 True Autonomy: Autonomous concrete floor polishing & the LightWare SF40/C
“We evaluated a variety of sensors. We did a study on sonar sensors and why they don't work very well. We did it for LiDAR and we also did it for depth cameras. But you guys came up on top meeting all the requirements that we had” - Michael Lawrence, CEO, True Autonomy
Leanne Fischer